Why are Apple laptops so expensive? For most people, the price of a new Apple laptop is a little too steep. It’s no secret that Macs cost more than their PC counterparts, but what are the reasons behind this? Some say it’s because they’re worth the extra money, while others believe Apple is simply taking advantage of its loyal fanbase. In this blog post, we’ll take a closer look at why Mac laptops are so expensive and see if there are legitimate reasons for the high prices or if Apple is trying to milk its customers for all they’re worth.

Why are Apple laptops so expensive?

One of the main reasons Macs cost more than other laptops is that they come with a lot of built-in features that you have to pay extra for if you buy a PC. For example, all Apple laptops come with a high-resolution Retina display, while many PC laptops only offer HD displays. Additionally, Macs come with powerful hardware and software designed to work flawlessly together, while most PC laptops are much more versatile and can be used for a broader range of tasks.

Another reason Apple products are expensive is that they’re of much better quality than other products. For example, Macs are designed to be much more reliable than PC laptops, and they offer many features that increase their ease of use. Additionally, Apple laptops often come with high-end hardware that is not available on PCs or much cheaper when bought separately.

In some ways, Apple’s superior products do justify their high prices. However, many people believe that they charge these high prices more because of pride than necessity. A big part of why Macs cost more is simply because they can get away with it thanks to their loyal fanbase, who will pay any price just for a taste of what Apple offers. You may want to consider whether you think this is fair or if Apple’s practices are taking advantage of PC manufacturers who have been forced to compete on price despite being at a disadvantage from the beginning.

Another reason Macs cost so much is that the companies that are making them have higher standards for their materials and assembly process than other manufacturers who want to make cheap computers as quickly as possible without regard for how well they’ll work in the long term. While this does mean you’re paying for quality, some people think the prices are still too high if Apple products aren’t objectively worth their cost.

Furthermore, with the release of the new MacBook Pro, Apple seems to have increased its prices even more. People are outraged at what they’re being asked to pay for a machine that is not much different from its predecessor. Is this simply greed on Apple’s part, or are they justified in charging these high prices?

Apple also sells refurbished products that are cheaper than new laptops, but they come with a shorter warranty, and some people have had negative experiences with them.

In the end, there are many reasons why Apple laptops are expensive. Some of these reasons are justified, while others are just because Apple can get away with it. If you’re looking for a high-quality laptop that’s easy to use and reliable, then an Apple product may be worth the higher price tag. However, if you’re on a budget or you don’t need all the bells and whistles that come with a Mac, then you may be better off going with a PC.

The Apple iPhones are also quite costly. iPhones are often criticized because they’re overpriced compared to other similar phones on the market. However, Apple’s strategy with their products is not to compete based on price but rather to present customers with the best possible experience at any price point. They will charge more if it means that people will try out their brand and continue buying their products in the future–ultimately spending more money than someone who purchased a budget phone instead of an iPhone.

How Long Do Mac Laptops Last?

Mac laptops are known for their top-of-the-line performance, durability, and reliability. Apple has always made that a priority with their laptops, especially when it comes to MacBooks. But how long do Mac computers last? The short answer is “a lot longer” than most laptop brands.

Apple has designed its laptops to be durable and last over time, but some things can still affect their lifespan. If you treat your computer well, it should last up to 10 years or more under normal circumstances.

The biggest threat to the life of your Mac laptop is just like any other electronic device: it is water damage. If you keep your computer in an area that may get wet or where liquids can spill, make sure you move it immediately if anything spills on it. Avoid letting the laptop run while it’s wet. If your computer does get wet, turn it off instantly, and dry it up.

The next most significant concern is overheating. A Mac laptop can still “fry” if it overheats, so keep an eye on its temperature when you are using it and make sure the vents aren’t too covered up.

Keeping your battery in good shape is also essential. If you run into problems with your battery, take it to a specialist rather than trying to take it apart yourself. Also, keep an eye on the laptop’s temperature when you charge it. The last thing you want to do is overcharge your battery and cause damage that way. Ensure you unplug the charger when it’s full and don’t leave it in one place for extended periods while charging (such as setting it next to where you sleep at night).

The best way to avoid water damage and laptop overheating is to use common sense: don’t set your computer where liquids might spill or put anything hot on top of it. Keep your battery healthy by unplugging the charger after the charging is complete, and don’t constantly charge it to full over long periods. Keeping these simple rules in mind will help prolong the life of your Mac laptop. 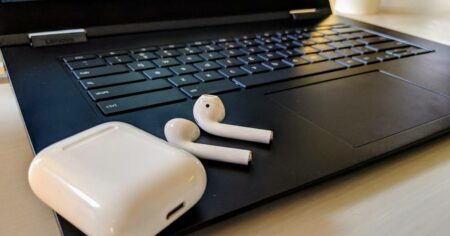 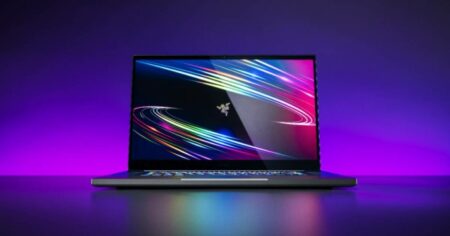 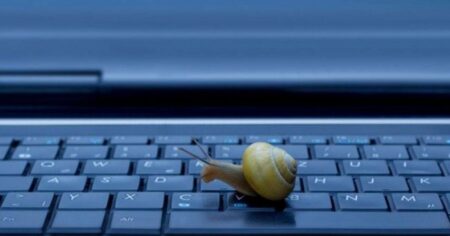 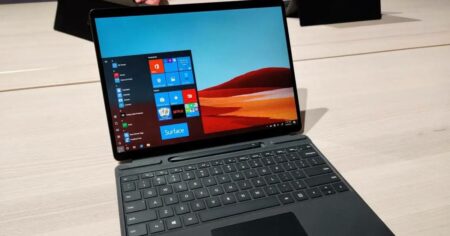 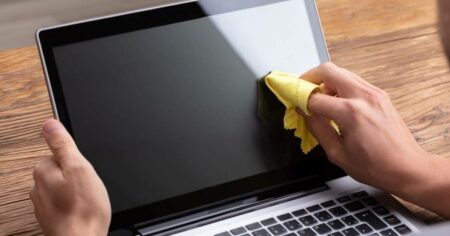